Genetic studies have emerged as one of the major research fields. In addition to rare mono-gene diseases, increasing evidence indicates that many common diseases are also significantly influenced by genetic factors. With the completion of the Human Genome Project, human beings have moved to the post-genome era. Geneticists in this new era are dedicated to disclose the genetic mechanisms underlying mono-gene and polygenic diseases. The new discoveries will bring a revolution to biomedical research and clinical practice.

A number of scientists and physicians at the Kaohsiung Medical University (KMU) and KMU Hospital have been involved in genetic studies. In the past few years, many important findings have been published from the University and/or Hospital. To further consolidate the resource and expertise, to improve inter-disciplinary collaborations and to educate the next-generation geneticists, the Graduate Institute of Medical Genetics (GiMG) was established in August 2004. The first 6 master-level graduate students were enrolled in September, 2004. The GiMG currently only enrolls 6 master graduate students per year. Although GiMG just started, it has become one of the most competitive Graduate Institutes at KMU. With the efforts from all faculty members and students, GiMG will grow and prosper rapidly.

APPLY NOW
How to Apply 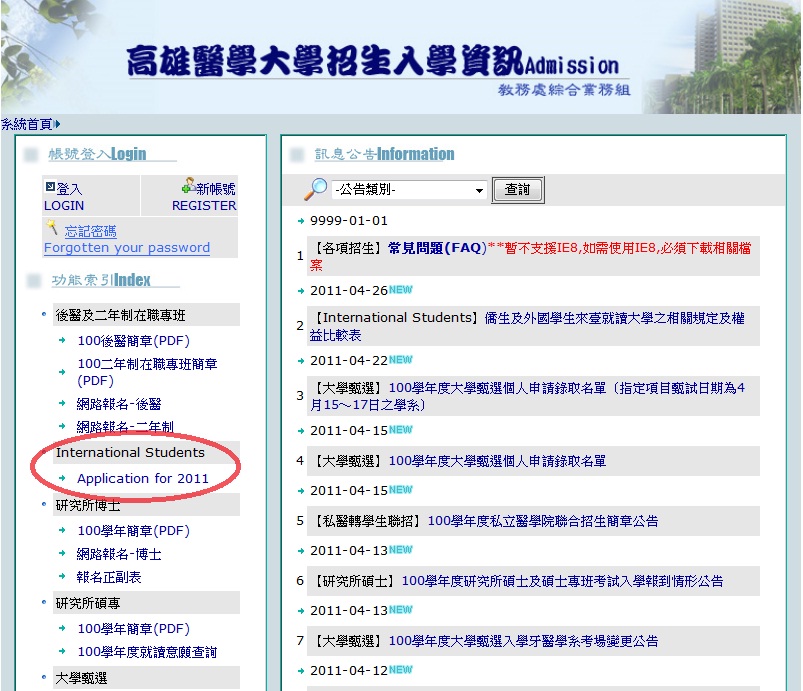